"Your Friend in the Epoxy Business" 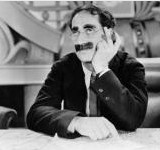 "If you've heard this story before, don't stop me,

because I'd like to hear it again." - Groucho Marx

PURCHASES AT OUR 3rd

We are an internet company (like Google but nicer!)

and we are not always in the office near the phone.

When you call one of three things will happen:

1) You will reach a real person.

2) You will get the answering machine if no one is here.

3) If the phone rings and rings, we are on the line with someone.

Call back in a few minutes.

Emails are checked and answered

24/7 and are probably the best

way to reach us

called ‘the simple site’ it avoided products that contained

solvents and could not be sold or used in California.

This online storefront now lists these product with a

not be sent by air transportation - limiting sales

"The Epoxy Guru" Ask me your questions

See how Sunken Yacht is saved by epoxies applied underwater

Add yourself to our email newsletter list. We send out a short newsletter

about 4 - 8 times a year. It keeps us in touch with you and allows you to

find us again when you have a new project pending. Send us a quick

email asking to be put on the newsletter list -

"At least 70% of premature coatings failures are traced back to

'surface preparation' whether referring to wood, concrete, or

metal. In a commercial recoating project, the costs (and profit

) associated with surface preparation are about 70% of the job.

How extensive the surface preparation is will depend on the

performance expectation of the owner... Know the A, B, C's

Epoxy coatings are used because of their outstanding chemical resistance,

Epoxies consist of a ‘base' and a ‘curing' agent. The two components are

mixed in a certain ratio. A chemical reaction occurs between the two parts

generating heat (exotherm) and hardening the mixture into an inert, hard ‘plastic'.

in direct sunlight (UV). The yellowing can be a real problem. For

yellow (such as green). Even clear epoxies will yellow and cloud

up. Often epoxies are top coated with latex or urethanes that will

retain their color and attractive gloss. This is particularly true if

Epoxies will harden in minutes or hours, but complete cure

will be suitably hard within a day or so, but may require more

time to harden before the coating can be sanded.

By their nature, epoxies are hard and brittle. Additives

can be added to epoxies that make them less brittle, but

generally at the loss or reduction of other positive epoxy

properties such as chemical resistance.

Other clues of cheap epoxies include ‘induction time'

(after mixing the two components the mixture must sit

for several minutes to ‘self cook' before being applied).

The best time to recoat epoxy is within about 48 hours

after the initial coat. Because epoxies take days to reach

will partially fuse to the first coat rather than forming a


End users can thicken epoxy with many things, Tiny glass

makes sanding the hardened epoxy easier. On the downside,

they work like tiny ball bearings, resulting is sagging and slumping.

which looks like fake snow. About 2 parts fumed silica with one part epoxy

will produce a mixture similar in texture and thickness to petroleum jelly.

Micro-spheres and fumed silica can be combined together.

Fisheyes are areas on a painted surface where the coating literally

pulls away for the substrate leaving a coatingless void or fisheye.

silicon, wax, or oil. I have also seen them on clean plywood where

epoxies paints have been used as sealers and the problem might

be due to uneven saturation (soaking-in) of the epoxy into the wood.

Surface tension plays a big part in fisheyeing. There are some

additives that can be mixed into the epoxy that will reduce

seems to work well. Applying a thick coat of epoxy over a

contaminated fisheye surface will bury the fisheye but expect

the coating to peel away in the future. As a rule of thumb,

always suspect some sort of surface contamination as the

is something that most manufacturers would not officially approve

of and something that might not work with all epoxies. However,

it can be done (unofficially) with the epoxies I deal with. Adding

solvent to these epoxies will: 1) thin them out; 2) increase pot life;

3) allows them to flow off the brush/roller a bit more smoothly; and

4) perhaps allows them to ‘soak-in', penetrate, or may be soften,

the substrate just a little bit. Not change is visible in the epoxy

unless 12% or greater solvent is added. With that amount of solvent,

the epoxies no longer cure with a glossy finish.

pronounced with the latter. That said, no matter what the mix ratio is,

some epoxies are more forgiving of mix ratio errors than others. One

calibrated pumps that disperse the epoxy components in exact amounts. 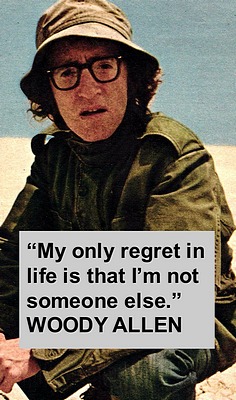 and/or using Products. Any such use and/or ordering, online or by telephone,

shall constitute acceptance and knowledge of all such terms.

Please note: Whenever you purchase from this web site,

and with each new purchase, you are granting us full and complete permission

to add you to our email newsletter list at our option. Accessing this web site,

to add you to our email newsletter list. You may opt out from the newsletter at any time

(link to do so can be found on the newsletter).

RETURNS: call or email for authorization to return. Returns are subject to a 25%

shipping requirement/labeling for hazmat epoxies under penalty of fines